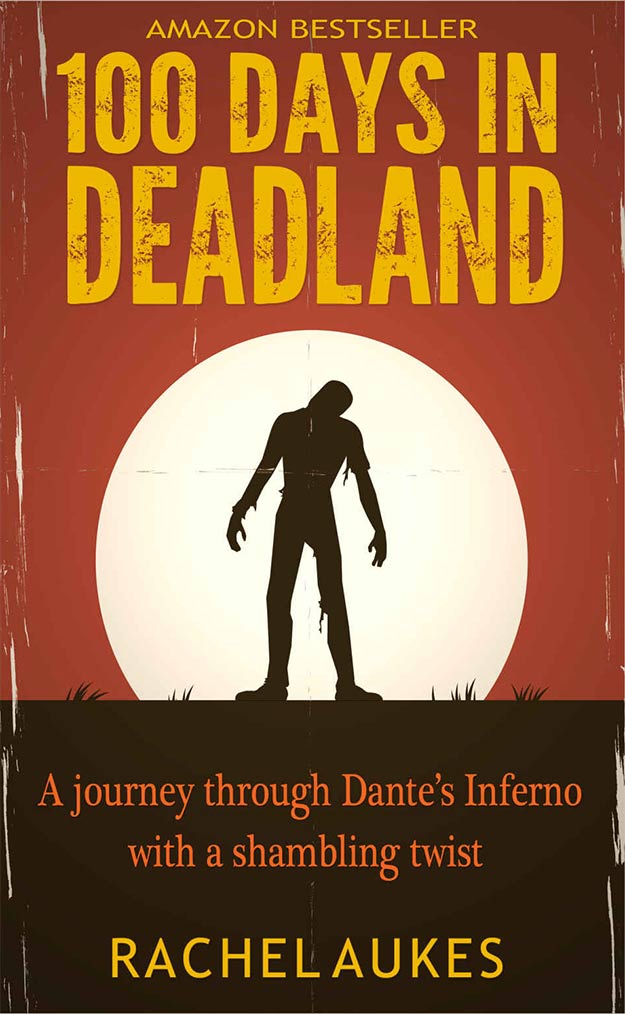 100 Days in Deadland by Rachel Aukes

Review:
A perfectly good zombie read. Not quite living up to my expectations – with Dante’s Inferno in the subtitle I kinda expected a lot more. Not sure what? But perhaps more than characters named Cash, Cutch, Griz, Tack, Jase and zombies called zeds. The relationship between Cash and Clutch runs along predictable routes and at times felt like chick lit with zombies. Still, at least it was aiming high, and I wasn’t disappointed by the story as a whole.

Some Amazon reviewers voiced surprise that a woman is doing zombies! I wonder where these folks have been? Underground in a bunker counting supplies? Wherever it was, I’d like to welcome them to this century. The book cover could be better…